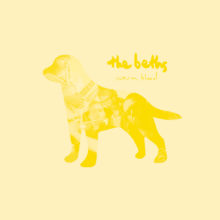 The Beths’ Warm Blood is a strong contender for the catchiest record you’ve never heard. Formed when four jazz students at the University of Auckland bonded over their shared love of the pop-punk sounds of their youth, The Beths bring new energy to the genre. This 5-song debut EP, a deliriously pleasurable statement of purpose, comes crammed with enough blissful hooks to carry through most bands’ careers.
Listeners for whom the tag “New Zealand indie rock” brings to mind the Flying Nun sound of bands like The Clean and The Chills may be surprised to find Warm Blood’s five unstoppable tunes landing closer to artists like Slant 6 and The Breeders. The nimble guitar work here moves from heavy riffing reminiscent of Sleater-Kinney to hazily bending lines that would make Stephen Malkmus and Mary Timony beam, while the joyous vocal harmonies from all four members bubble and swell to ecstatic crescendos that channel The Zombies’ Odessey and Oracle.
With impeccable production from guitarist Jonathan Pearce and stellar musicianship across the board, Warm Blood is a non-stop delight. Tracks like leadoff track and first single “Whatever,” the ridiculously addictive standout “Idea/Intent,” and “Rush Hour 3,” a playful ode to romance in this era of download-and-chill franchise films, take delight in the challenge of breathing new energy into the limitations of the 3-minute pop song.
The Beths are now poised to take the U.S. and Europe by storm with their first western-hemisphere tour. This U.S. re-release of Warm Blood (released in New Zealand in 2016) offers a perfectly distilled introduction to a band that has become a live favorite Down Under.

The Beths is a band from Auckland, New Zealand composed of vocalist/guitarist Elizabeth Stokes, guitarist Jonathan Pearce, bassist Benjamin Sinclair, and drummer Tristan Deck. Stokes, Pearce, and Sinclair started playing music together when they were in high school, while Deck met them through the local music scene and joined the band in 2019.

The four-piece’s breakout debut Future Me Hates Me was released via Carpark Records in 2018 to international acclaim, hailed by Pitchfork as “one of the most impressive indie-rock debuts of the year.” The next year, The Beths were nominated for five Vodafone New Zealand Music Awards, winning Best Group and Best Alternative Artist. A slew of international touring ensued, with shows supporting Pixies, Death Cab for Cutie and The Breeders; appearances at major international festivals including Primavera Sound, The Great Escape, End of the Road, SXSW, Pickathon and more; and headline tours across North America, the United Kingdom, Europe and Australia. That catapult from working day jobs and playing music in New Zealand into the international spotlight was the catalyst for their second record, Jump Rope Gazers, which chronicles the bizarre leap when touring becomes your full-time job and the unexpected homesickness that comes with success. The record was released in July 2020 to widespread praise, with Rolling Stone calling Jump Rope Gazers “Beatles-level melodic smarts”, The Line of Best Fit naming it an “overwhelmingly thrilling record” and Phoebe Bridgers even told Charli XCX in an interview that “[‘Jump Rope Gazers’] fills me with unbridled joy.“ The album saw The Beths win Album of the Year, Best Group and Best Alternative Artist at New Zealand’s Aotearoa Music Awards later that year.

The Beths spent the rest of 2020 and most of 2021 at home, hosting several live streams for fans and working on new material during the height of the pandemic. They also released Auckland, New Zealand, 2020, the band’s live album and full-length concert film. It was recorded at Auckland Town Hall in November 2020, at a time when New Zealand was one of the few countries where live music was still possible: a small miracle captured on tape and film. In early 2022, The Beths released a standalone single, “A Real Thing,” their first studio release since Jump Rope Gazers.

The Beths’ third and best album, Expert In A Dying Field, will be released on September 16, 2022 via Carpark Records. Its 12 songs explore the same noisy, cerebral indie-rock-meets-power pop of earlier records, but imbued with an electric shock of new confidence: a record meant to be experienced live.