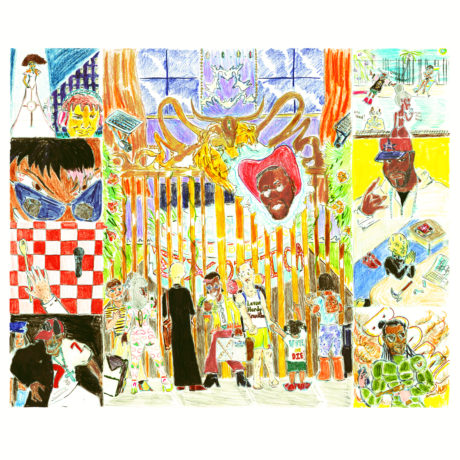 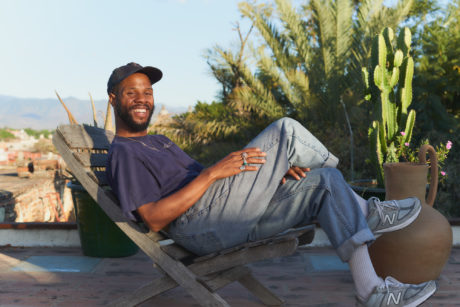 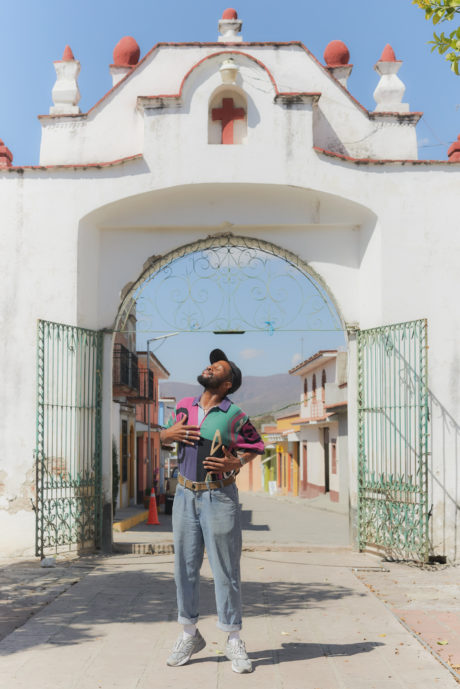 Storytelling isn’t merely a vehicle for self-expression, it’s a mode of transportation. A two-way mirror in which we process gilded dreams and grotesque nightmares, the transgression of cultural taboos and the upholding of ancient tradition. It’s also the animating idea behind much of the greatest popular music ever made. Consider Exotica, the new album from Houston iconoclast, Fat Tony, the latest brilliant entry in that fabled tradition, what Outkast once described as “shooting game in the form of story rapping.”

While hip-hop supplies the foundation of the Third Ward native’s assault on genre, his futuristic soundclash encompasses seductive velour soul, lecherous French chansons, fluorescent new wave, and even splashes of African pop and reggae; the latter two being the residual effect of Tony’s Nigerian heritage and a sojourn to Jamaica to record the Carpark Records-released album with engineer, Abijah Livingston, son of Bunny Wailer.

“This album is an ode to the art of storytelling through music,” the polymath born Anthony Lawson Jude Ifeanyichukwu Obiawunaotu says, distilling Exotica’s essence. “Picture records like The Great Adventures of Slick Rick. Artists like Neil Young, Bob Dylan, or Bob Marley. Every lyric was carefully considered to make sure we properly conveyed each character’s narrative and motivations. I wanted to create a world of unique stories with room for each to be interpreted in distinct ways.”

Assembling a Manhattan Project-style team of experts, the atom-splitting production came via Tony and his longtime collaborator, GLDNEYE (aka Tom Cruz), and engineering via Livingston and Brooklyn’s Steel Tipped Dove. To make the Third Coast cypher complete, Bun B pops up on “What Wake You Up,” courtesy of a cross-island dash where Tony paid visit to the legendary underground king, then vacationing in Montego Bay.

Each song is a rich and compact iteration of rap short fiction: Biggie’s “I Got a Story to Tell” channeled through John Cheever. Take lead single “Feelin’ Groovy,” a frantic meditation on lust, desire, and the notion of throwing it all away while puffing on a Black & Mild. Picture something like if Fat Pat fronted Scritti Politti. Or “Gambling Man,” where Tony one-ups the late great Kenny Rogers to tell the story of a ne’er-do-well schemer named Johnny, obsessed with the thrill of the roller coaster emotions before he discovers whether he’ll win or lose. If the Tom Tom Club knew every word to DJ Screw’s Wineberry Over Gold, it would probably sound like this.

Bob Dylan once famously said that an artist should “always be in the state of becoming.” And in the case of Fat Tony, Exotica is the latest stage in an evolution that has included everything from a bravura turn on the first A$AP Rocky mixtape to co-hosting a TV show on Viceland, founding a DIY Houston culture magazine to subversively expanding the parameters of experimentally-minded rap. Here is Exotica, nine new stories, more untrodden ground on the left hand path, a novel strain ready to be unpacked.