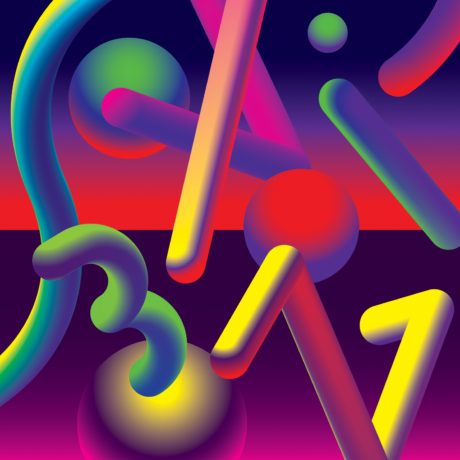 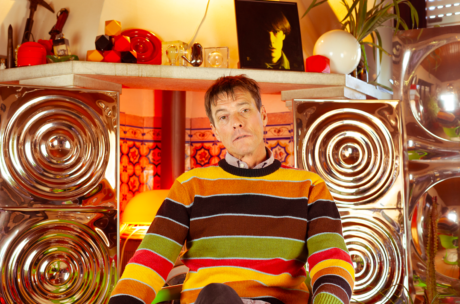 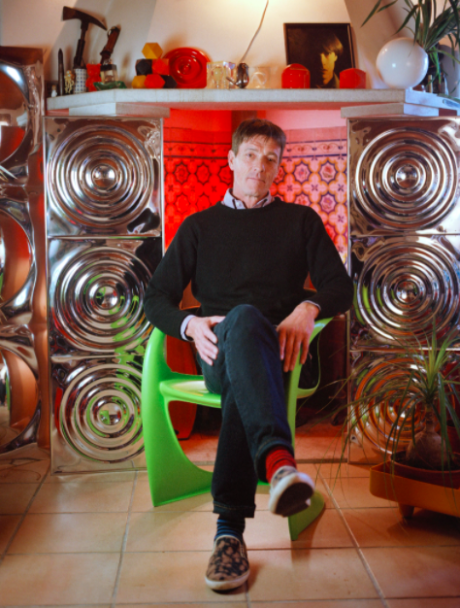 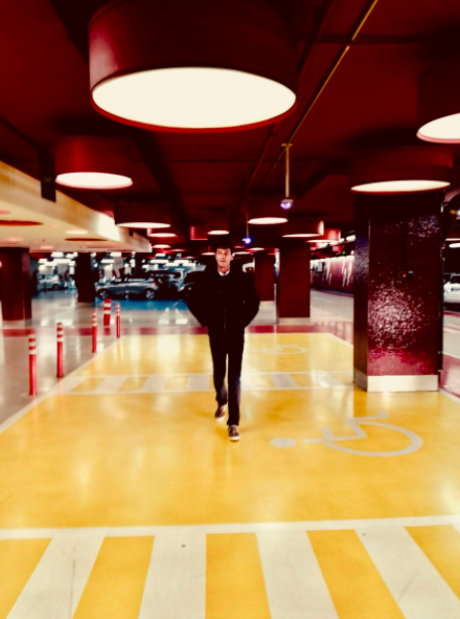 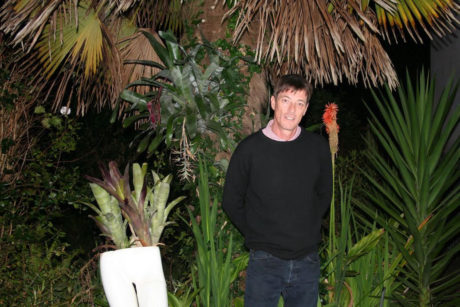 To Sonic Boom’s Pete Kember, re-imagining the past can lead to ways forward on life’s natural, interconnected path. In April of 2020, he released his first album in over 20 years called All Things Being Equal, a lush and psychedelic record full of interwoven synthesizers and droning vocal melodies, concerned with the state of humanity and the natural world. An entire year later, Kember has re-imagined his last release and created an album of self-remixed tracks called Almost Nothing Is Nearly Enough, inspired by the spirit of late 70s, early 80s records by artists like Kraftwerk, Moroder, Blondie and Eddy Grant. His new album is hypnotic and moody, holding onto the existential framework of the original, but exposes a fresh, beating realm of possibility.

In his last album, All Things Being Equal, Kember told regenerative stories backwards and forwards as he explored dichotomies zen and fearsome, reverential of his analog toolkit and protective of the plants and trees that support our lives. His work is always complex, both in its instrumentation built using modular synthesizers, and with his attempts to observe the many variables that exist in the universe that are intrinsically connected. Kember takes his existential and musical curiosity even further in Almost Nothing Is Nearly Enough, explaining “how we interact now is especially critical.” Written while the world endures many environmental and human crises, the album is both a balm and a reminder to nurture our own relationships, both natural and personal.

Almost Nothing Is Nearly Enough includes remixes of six tracks from All Things Being Equal and two tracks previously released exclusively in Japan. The album opens just like the original, with “Just Imagine”in its remixed form. The modular synthesizer at its foundation sounds familiar, but as the song progresses it branches out into various veins of sparkling embellishments and deep humming to truly expand the world that the song attempts to envision. On the album’s title track “Almost Nothing Is Nearly Enough,” Kember’s instrumentation mirrors the interactions he wishes to inspire; synthesizers responding and building on one another, a conversation of sorts that the human world currently seems to avoid.

Almost Nothing Is Nearly Enough sets itself up to be a grooving, night-time record, while carrying on Sonic Boom’s sense of urgency to assess our relationship with the world. As Sonic Boom revisits his last album, he exposes the arteries and bones of his past work and shares its raw, exciting potential. The result is a re-textured and re-colored new set of songs, emphasizing Sonic Boom’s ability to make a sonically expansive album feel distinctly impactful for anyone who listens closely.

When Sonic Boom debuted with 1990’s Spectrum, it was a fresh chance for Peter Kember to go it alone. Poppy psychedelia with lo-fi edges, gridless guitars, and Velvets-obliged scowls marked Kember’s departure from the soon-to-disband Spacemen 3, the influential English psych soul outfit he co-founded in 1982 with Jason Pierce (Spiritualised). Kember’s new solo work hinted at the self-taught experimentation, circuit bending and interest in modular synthesis that would hallmark his career as a producer and performer.

But Kember, a co-conspirator by nature, got lonely alone. Soon enough, Spectrum gave rise to a band of the same name, who toured extensively and recorded several records, including a joint effort with Silver Apples. Next, Kember got busy with E.A.R., an even more experimental and prolific project with a fluctuating lineup that counted among its many members Kevin Shields and electronic music trailblazer Delia Derbyshire, who mentored Kember in audio physics and harmonic series.

The name Sonic Boom did stay in rotation, for solo sets (during which Kember singlehandedly manipulates a tabletop of keyboards, noisemakers and modules), split releases (like 2018’s EP with No Joy), and production work for artists including MGMT, Beach House and Panda Bear. But the list of Sonic Boom solo LPs stalled out after 1990, a rare single entry for an artist whose other projects’ output skews plentiful.

Finally, 2020’s All Things Being Equal updates the Sonic Boom discography with a second notch, and a first for Carpark Records–home to several artists Kember has produced. Recorded and mixed over a half decade, the songs began as instrumental studio sketches in Rugby, UK. “But I wanted to get out of the urban commercialised environment,” Kember explains of his move to a national park in Sintra, Portugal, which he calls “an enchanting area famous for being inspiring.”

His new surroundings inspired the album’s lyrics, which stress humanity’s role in our planet’s “critical collapse,” redress the power of our symbiotic relationship with nature and plants, and riddle over Animist spirituality. Wonderfully layered, drone-based voyages coalesce into hooky showcases for the intrinsic characters of the synths he worked with. “I wanted to mix bright digital with chunky analogue,” says Kember. “Certain instruments have something about their sound that touches me deep, and I’m always trying to focus as much vibe as I can into the songs.”

Although the album shares a project name with his first solo album, Kember’s decades as a forward-thinking producer make this new work more in step with his cutting-edge collaborations than a nostalgic glance at his past.  “I learn from everyone I work with, and I wanted to bring what I learnt into this record,” Kember explains. “Everybody thinks about and listens to music in different ways.” With All Things Being Equal, Sonic Boom once again offers us a new way to listen, with music that is textural, full of dimension, and conscious of its place in the galaxy.