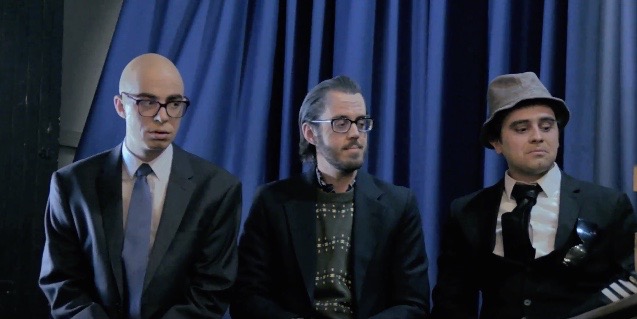 Watch Cloud Nothings jam out on a sandy beach in the afterlife in their new music video for “Modern Act.” You can check it out via The AV Club: “The video sees the band covered in makeup, taking on elderly versions that are followed around menacingly by a makeshift grim reaper. After the hoodie-wearing angel of death picks them off one-by-one, the band is reunited in the afterlife, jamming out on a sandy beach in the afterlife. Check out the video below, and see the band live, presumably without bloodthirsty specter chasing them, in the following cities.”

“Modern Act” is taken from Cloud Nothings’ forthcoming record Life Without Sound, out January 27th, 2017. You can pre-order a copy on the Carpark shop or iTunes.