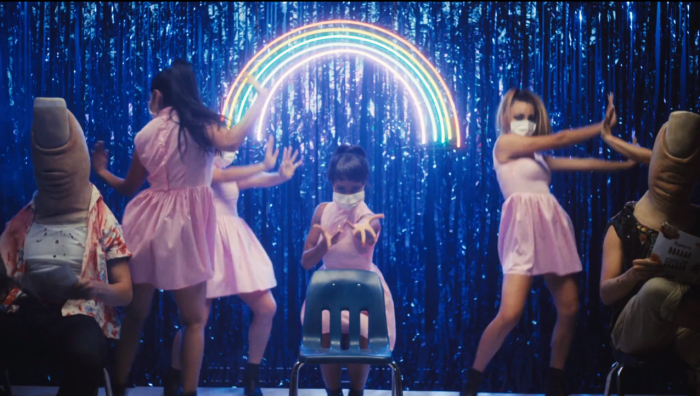 “I Can’t Be Your Superman” music video

Nylon premieres the music video for Skylar Spence’s “I Can’t Be Your Superman” from their debut, Prom King, released earlier this year. The video was directed by Maegan Houang.

“Four singles into Prom King, I started to feel we’d explored the ‘budding romance’ trope to its fullest extent in our music videos,” said Ryan DeRobertis, aka Skylar Spence. “So when it came time to discuss ideas for ‘I Can’t Be Your Superman,’ the last video accompanying the LP, I was ready to try something new for a change. Originally we’d thought of an idea where my live band and I would participate in a mock episode of a cooking show (think Cutthroat Kitchen), but when that proved to be a logistical nightmare, we linked up with Maegan Houang who conceptualized something REALLY rad! It’s part nail salon nightmare, part Daft Punk homage, and those who are uncomfortable with unhappy endings should steer clear!”