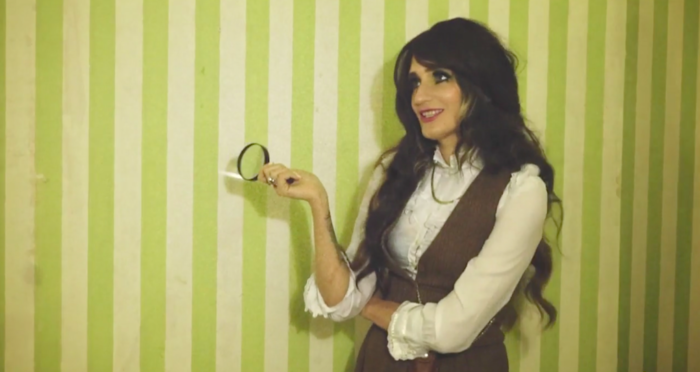 “Fixina” and “The Sting” music videos

Sad13 just shared, not one, but two new videos for tracks taken from her 2016 release, Slugger. Head over to YouTube and check out “Fixina” + “The Sting.”

“Our goal was to shoot a double feature, with videos by Grimes and Melanie Martinez as our inspiration. Zoloo and Vrinda came up with the concept that I’d play a monster in one video, and a monster hunter in the other–the two most sympathetic character types in fiction, in my opinion. We shot on a freezing cold roof, on a lake in a snowstorm, bribed some Elmos to hang out, and of course we gave both the monster and the monster hunter plenty of glittery looks.” – Sadie Dupuis