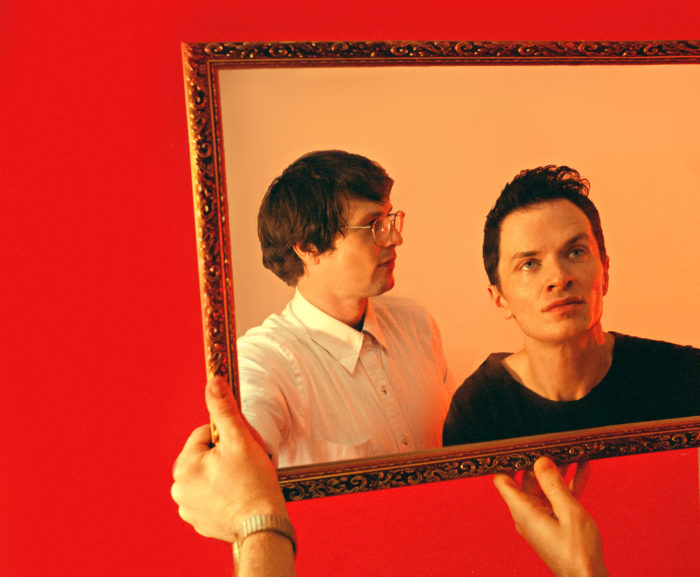 Ed Schrader’s Music Beat is back with another taste of their forthcoming record, Riddles, out March 2nd. The 405 just premiered the title track:

“…[‘Riddles’] a song that encapsulates just how unpigeonholable Ed Schrader’s Music Beat is. Beginning with a stately piano prelude, fitting for the opening of a symphony, ‘Riddles’ takes off with the addition of Schrader’s diminutively soaring vocal line, which is picked up in a gust of melodicism that sends the song rushing headlong into its cathartic chorus…’Riddles’ seems to be an understatement for all the twisted and thought-provoking things happening within the song.”

The track is available when you pre-order the record via the Carpark shop. It is also on all streaming services.

Ed Schrader also gave us an important meaning of the track, deep and thoughtful.
“to me this song is about shaking the ghost of an ever present teenage self only to realize you are only ‘that ghost’ and nothing more -you’ve been asleep in your head and you wake to a shattered present which makes that over romanticized ‘ideal’ past all that more alluring -even with its monsters -you run back into it and pull the covers over your head –it was where my head was at the time I got a voice mail that my Step Dad died -a larger than life character in my life who I had very mixed and unresolved feelings about -it was like waking up and suddenly the mountains are all gone -your gravity shifts and it kicks up all the dust bunnies of a damaged past along with its rich dark beauty.”