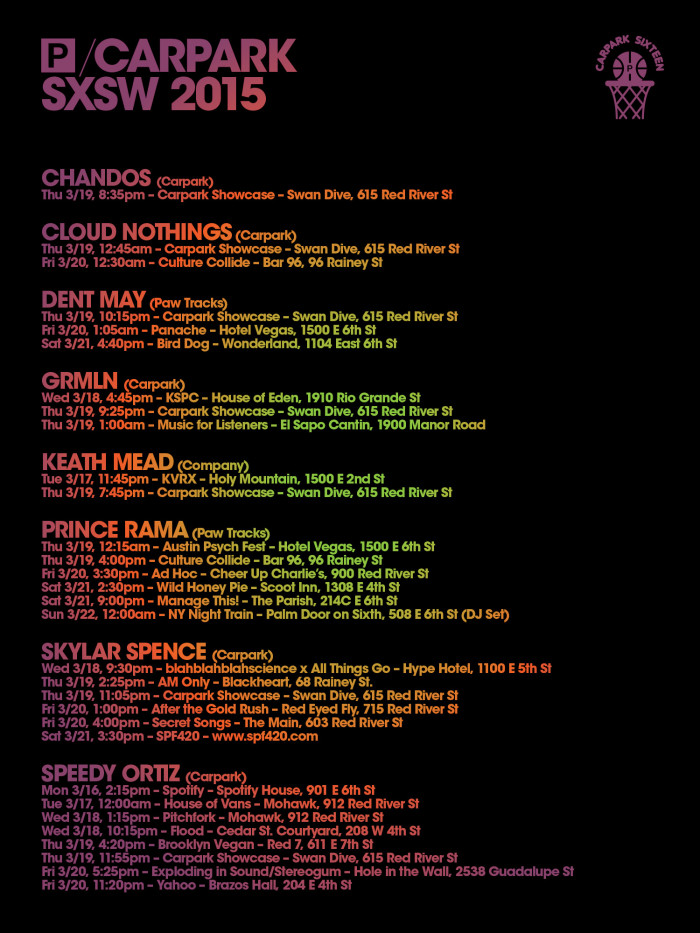 We’re headed to Austin! Once again, Carpark and some of our artists will be playing shows at SXSW this week. Carpark will be joined by acts from our sister labels Company (Keath Mead) and Paw Tracks (Dent May and Prince Rama). We’ll be hosting our annual showcase at Swan Dive this year and it doubles as a Sweet Sixteen party! You can find full details on our event below, plus all our artists’ SXSW schedules. 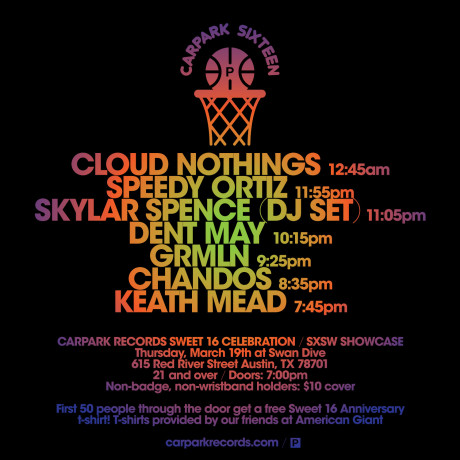 First 50 people through the door get a free Sweet 16 Anniversary t-shirt! T-shirts provided by our friends at American Giant.

Come celebrate with us!