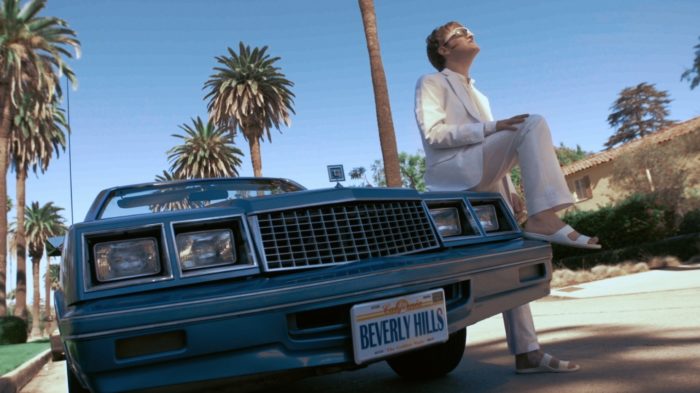 Head over to Clash Magazine to watch Dent May’s iconic new video for “90210.”

“90210” is about moving to Los Angeles from Mississippi and feeling out of place at a fancy party. The video was directed by my friend Carson Culver with cinematography by Sean Price Williams, who shot my favourite movie in recent memory Good Time. It stars Los Angeles icon Tennessee Luke, who many will recognize from Tim & Eric and who I recently witnessed deliver a stirring rendition of I Believe I Can Fly at a local comedy show. -Dent May