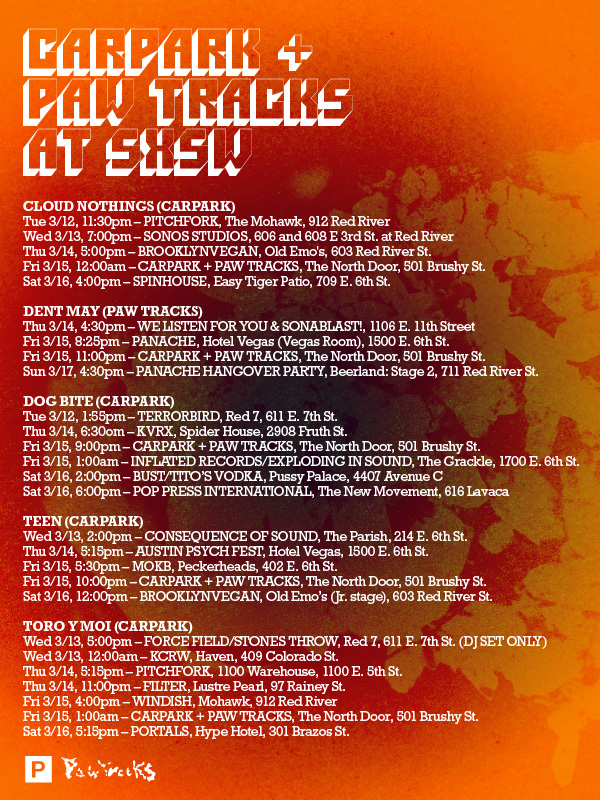 Our showcase will be lived streamed via sxsw.com/live beginning at 9pm CST.