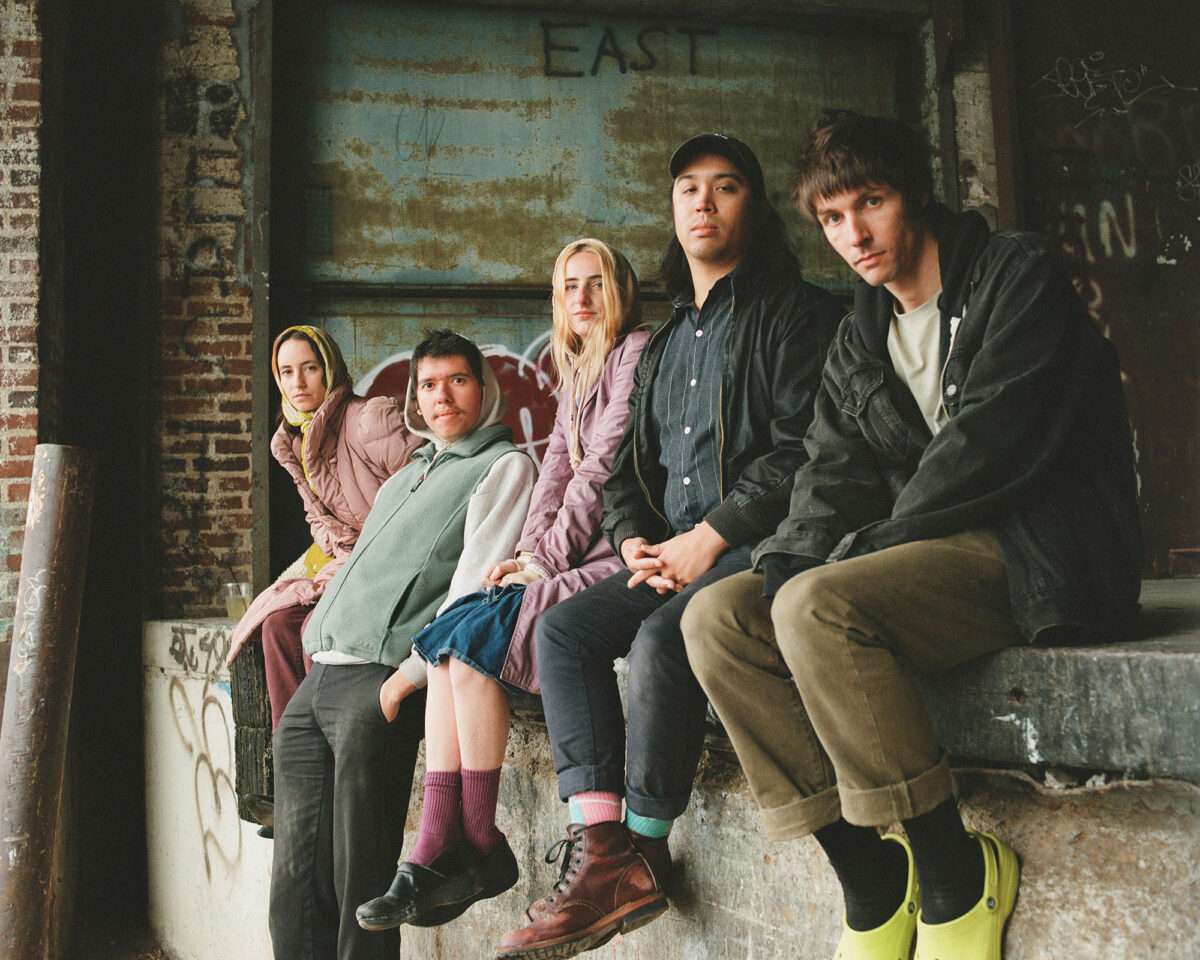 Brooklyn’s Foyer Red makes sweet yet abrasive songs that careen into delightfully unexpected places. They bounce between time signatures, boast bass lines and guitar riffs that clang and shimmer, and feature vocals that seamlessly crisscross over each other. Whenever the songs feel like they might dissolve into near-chaos, they’re reined in by earworm hooks and masterful leftfield pop songwriting. It’s organized clamor.

The band started as a trio with singer and clarinetist Elana Riordan, drummer Marco Ocampo, and singer/guitarist Mitch Myers. The three would email each other song ideas and record the ones that stuck. In 2021, they started playing music together in the same room and immediately came out with the Zigzag Wombat EP, which Pitchfork raved about, writing, “They make fuck-you crayon rock. At its best, their debut is a little bit freaky and more than a little bit funny.” Though they had been a band for only a few months, their self-recorded and charming debut proved that they had hit the ground running almost fully formed with a distinct, tongue-in-cheek, deconstructive take on indie rock.

Instead of sticking to their guns and retreading similar ground, Foyer Red reinvented itself as a five-piece, adding singer and guitarist Kristina Moore and bassist Eric Jaso. “We were working on a song called ‘Toy Wagon’ that needed a guest vocal, so we reached out to Kristina Moore, and as soon as we saw the way she approaches music, we knew we needed her in the band,” says Riordan. “Plus, Marco and Eric have held down a rhythm section together for seven years in Hypoluxo. They’re just super locked in and super tight and know each other so well.” As a quintet, Foyer Red’s songs have gotten fuller and stranger thanks to their egalitarian songwriting approach. “Everyone’s invited with their ideas,” says Riordan “We are always all encouraging each other to take the idea further, so everyone has an equal part in what we make.”

Emerging into a trepidatious live music scene, Foyer Red made the most of their time, playing all over New York and the Northeast with acts like Cola, Empath, Babehoven, Why Bonnie, Peaer, Momma, Mamalarky, and Diane Coffee; they embarked on their first tour in 2022 with New Orleans’ post-punk outfit Lawn, taking them through the midwest and into Chicago. 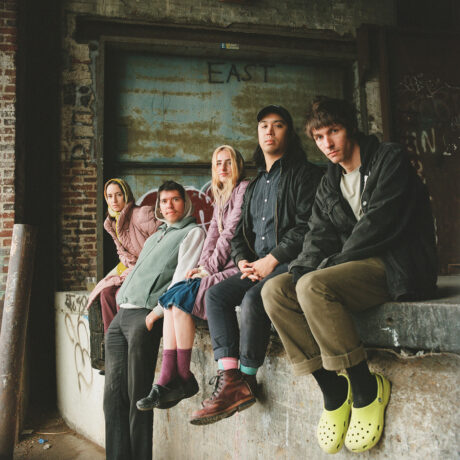